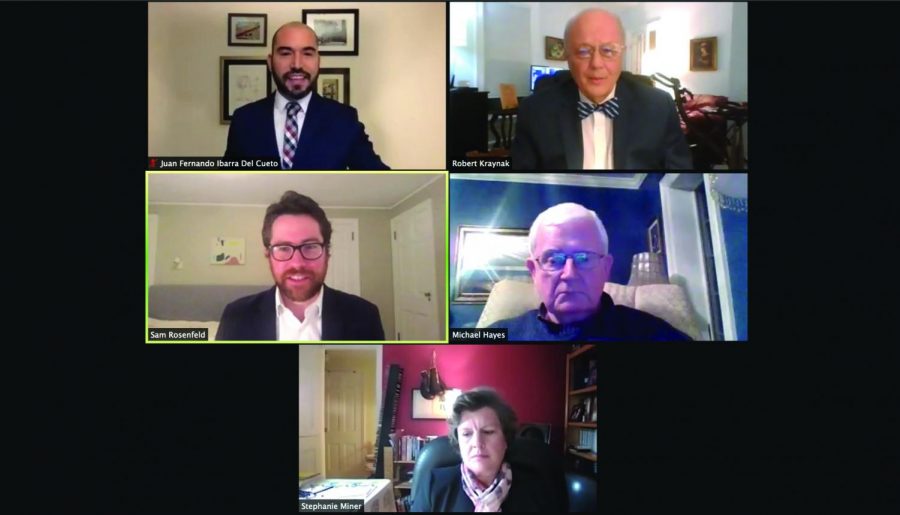 Held on Thursday, November 5, the event was planned as part of a larger series of policy-related panels that connected current students, faculty and staff to the Colgate alumni network, according to the assistant vice president for advancement, annual giving and professional networks Jen Calcul.

“At the end of August, professional networks partnered with the Dean of the College office to deliver a series of programs to students during the Universal Quarantine. One of the events focused on reporting with our DC alumni about the 2020 election. We partnered with the Colgate Vote Project for this effort. As a result of this successful and insightful event, alumni and students asked if we would consider a follow-up event after the election, and therefore this event featuring our Faculty of Political Science has come together, ”Stone said. .

The event presented a variety of political views, allowing professors to have a discussion of their dissenting views. Since many states had not announced expected race winners at the time of the panel, including the presidency, panelists had the opportunity to speculate on different outcomes and the different outcomes of those hypothetical outcomes.

“The goal of this webinar is to share some of our faculty’s expertise with the wider Colgate community. It is a chance for Colgate students, faculty, staff and alumni to hear our experts on campus talk about this important moment and what lies ahead of the elected administration, ”said Cole.

Former student James Speight graduated in Political Science in 2014 and now sits on the Alumni Council and the President’s Club Membership Council. Speight, who gave the opening speech for the webinar, spoke about the success of the event.

“I found the event to be wonderful and did a great job of providing insight into an election that at the time had yet to be decided, especially from various points of view as each professor was able to provide context based on his specialty, ”Speight said. noted. “I have personally appreciated the professors’ calls for more of our current political ethics as a society to be based more on finding common ground and advancement than on the current vilification of each. left. “

The discussion covered a wide variety of topics such as this year’s voting processes and turnout, the accuracy and reception of polls, the polarization and factions of political parties, the importance of the second round of the Georgia in the Senate and the evolution of party identity.

Professor Kraynak offered some ideas after the panel concluded on what to think about after the results were released.

“Students should be aware that there is a real difference of opinion in this country,” Kraynak said. “Moving forward, if Biden wins the presidency and the Republicans hold the Senate, we will be in a period of divided government.”

All of the panelists spoke of the possible repercussions of a divided government and the possible party changes resulting from widely divergent views in American politics.

“In order for you to have a direction to go, you really need a leader who can unite all of these constituencies. And at the moment, there is no electoral advantage for Republicans or Democrats to unite them, ”Professor Miner said. “This is all going to be fought and we will have signs like this for a long time. “

While the panel did not come to a definitive conclusion on the election results or the possible impacts of those results, it provided a variety of academic opinions allowing students, alumni and others in attendance to be informed about different views and the future of American politics.

After the event, Professor Rosenfeld noted that this election is a time to reflect on America’s democratic process, and what happens in 2020 may be important in understanding how future electoral competitions might play out.

“I think we had different opinions, but one important thing to remember is to try to draw from these electoral results a reflection on broader questions of system stability, democratic legitimacy, governance, etc.” Rosenfeld said. “I thought it was a useful discussion to try to step back and think while we count the votes, as we try to figure out who wins, who loses, what it all comes down to in terms of the vote. functioning of American democracy and the American political system.

Colgate Vote Project junior co-leader Eliza Lloyd stressed the importance of attending events of this nature for the political awareness of the campus community.

“I think it’s just important that we go with things like this – we keep as informed as possible and get different perspectives,” Lloyd said. “The whole problem of fake news and disinformation … the more we know, the more we can represent these problems and systems correctly and form our opinions correctly.”