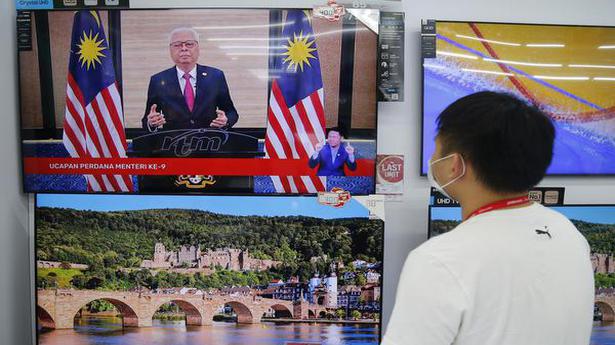 Ismail Sabri Yaakob said he would invite the opposition to be part of the National Recovery Council and the COVID-19 committee.

New Malaysian Prime Minister Ismail Sabri Yaakob adopted a conciliatory tone in his first national speech on Sunday, saying he would embrace the opposition in a bid to tackle the pandemic and revive a declining economy.

A day after being sworn in, Mr Ismail said the political battles that led to a change of government twice since the 2018 election had been damaging to the country and distressed the public.

” Moving forward. Let’s stop this conquest of political power, ”he said, urging all lawmakers to find common ground and work together to help the nation recover.

The new prime minister, 61, said he would invite the opposition to be part of the National Recovery Council and the COVID-19 committee.

“Political stability must be quickly achieved through unity, and this includes cooperation between parties,” he said.

Many see Mr. Ismail’s appointment as a return to the status quo. He was deputy prime minister under Prime Minister Muhyiddin Yassin, who resigned on Monday after less than 18 months in office as infighting within his coalition cost him majority support.

Mr Ismail has sought to distance himself from the government of Mr Muhyiddin, which has been accused of failing to stem the pandemic despite a seven-month state of emergency and a lockdown since June.

Mr. Ismail won the support of 114 lawmakers for a slim majority – one who also brought Mr. Muhyiddin’s alliance back to power and returned the post of prime minister to the United Malaysian National Organization of Ismail. The party has ruled Malaysia since gaining independence from Britain in 1957, but was ousted in the 2018 election amid a multibillion-dollar financial scandal.

Mr Ismail said the government will purchase an additional six million doses of the coronavirus vaccine, which will arrive next month to bolster vaccination efforts. He did not provide further details. He said he believes that once the country achieves collective immunity, the virus will no longer pose a serious threat. More than half of Malaysia’s adult population is fully vaccinated.

New daily infections have more than doubled since June to a record 23,564 on Friday, bringing the country’s total to more than 1.5 million cases. The deaths have climbed to more than 13,000. The central bank has cut its estimated growth forecast this year to between 3% and 4% due to the lockdown.

Mr Ismail said he understands the public is suffering as thousands of people have lost their livelihoods. He said his government would introduce new policies to increase purchasing power and strengthen the private sector.

“Let’s work together, as a great Malaysian family, to bring Malaysia back to its level of prosperity that we have all been used to. I am committed to working with people, ”he said.

Mr. Muhyiddin withdrew his party from the reformist alliance that won the 2018 election and formed a new government in March 2020 with the UMNO and several other parties.

But UMNO was not happy to play second violin in Muhyiddin’s little group. In the end, 15 UMNO lawmakers withdrew their support for Mr. Muhyiddin, causing his government to collapse.