When he was young, Kai simson wanted to be a pilot.

Now a political science student at Northern Arizona University, he combined these two interests as an intern for the now-Sen campaign. Mark Kelly, fighter pilot and astronaut. This opportunity, and the many opportunities he has had since, including his election to ASNAU on the NAU Presidential Research Advisory Board, once seemed out of reach for Simson, whose youth was rather non-traditional. Simson was born in Guatemala, adopted by a single father, raised in Hawaii, and moved to Sedona to attend high school. In Arizona, his father met his partner, whom he married a year later, beginning the expansion of Simson’s family, in which he is now the brother of three siblings.

“Getting an education opens more doors to opportunities that may never have been there,” said Simson. “A lot of people aren’t that lucky, so I take the role of graduating very seriously.”

Simson began to take an interest in politics at a young age. “I remember going to the polls with my dad to watch him vote and thought it was the coolest thing ever!”

As his interest in politics grew, Simson’s dreams turned to one day running for office and led him on to a degree in political science. It became more and more important for him to go to college and get an education that taught him more about how governments and the political system work in general.

So, when choosing a place to continue his studies, Simson found himself in his high school cafeteria on recruiting day at the college, drawn to the NAU booth. When he heard that the political science program had a great faculty, his decision was made. Simson immersed himself in his life and studied at the NAU.

After being involved in student council in high school, Simson wanted to find ways to get involved in the student government of the NAU, the Associated Students of Northern Arizona University (ASNAU).

“I loved the student council. But it was really oriented towards the spirit of the school, ”said Simson. “Don’t get me wrong, I think this is an important aspect, but I have always believed that it should be focused on listening to students on important issues they care about and giving back. to the community. “

He learned after meeting with ASNAU Senators at the time that they were focusing on student issues and improving the learning environment at NAU. Excited by the opportunity, Simson decided to run for ASNAU senator. Today he is ASNAU’s vice-president of government affairs.

“I didn’t expect to win, but I did,” he said. “Throughout my time at ASNAU, I learned so many different skills and had the chance to improve my public speaking while improving communication in general. “

Through his courses such as Peoples of the Southwest and Campaigns and Elections, Simson learned about different Indigenous people who lived in Arizona and what their societies looked like. He linked this to how successful campaigns are formed. 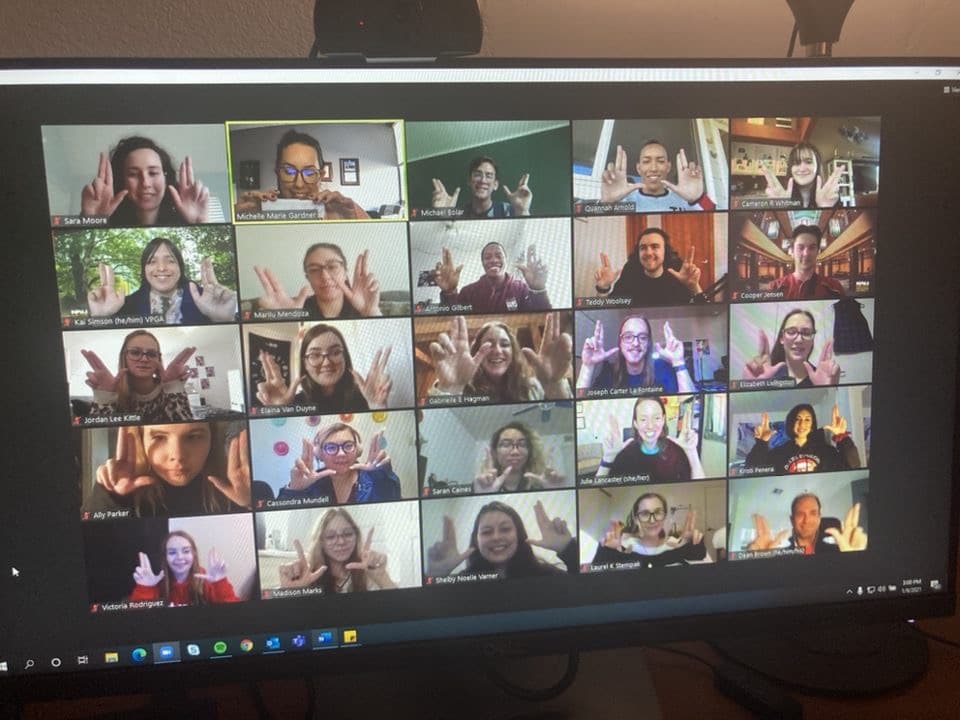 “One of the most striking things I learned while studying my major is that our voting system is currently not accessible to many people, especially people of color,” he said. “Laws are being proposed in the Arizona Legislature to make it more difficult for people to vote. This question should not be partisan at all.

Simson found ways to get involved outside of his work at NAU. He interned for Rep. Tom O’Halleran’s re-election campaign in 2018 and for Senator Mark Kelly’s campaign in 2020. In both internships, Simson researched different issues, called people over to invite them. at events and helped prepare letters to be sent. with the candidate literature.

“I really enjoyed both camps and got to meet Tom and Mark personally,” he said. “Because I took the Campaigns and Elections course, I was able to use what I learned in class to be successful as an intern on these campaigns.”

Simson was also invited to serve on the NAU Presidential Research Advisory Committee, led by the Arizona Board of Directors to help research the 17e President. He acted as a representative of the undergraduates, bringing their voices to the process.

“It has been a lifelong honor to be a part of this research and to help shape the future of NAU,” said Simson. “I’m happy that José Luis Cruz will be the 17th president of the NAU and also the first Latin president of the NAU. I know he will do everything in his power to listen to students, faculty and staff to ensure that the NAU continues to move forward in a positive direction, and I want to make sure that students do so. know.