MIRI (October 14): Traders here want their next federal government to be politically stable so that the economy can begin to recover and development and the well-being of the people can be guaranteed.

Muhd Muai, a fruit seller in Tamu Muhibbah, said any form of instability in the government would surely affect the country’s economy.

“The global economy has been severely affected since the Covid-19 pandemic, so it is important for us to maintain political stability so that all economic recovery plans can proceed smoothly as planned,” he said. told the Borneo Post.

He said small traders like him also want to play their part in contributing to the economic development of the nation and the state.

He hopes that the new federal government, which will be formed after the 15th general election, will not disappoint the population.

“As a small fruit producer, the operating costs have now increased. Without government subsidies, we would have to spend more on pesticides and fertilizers.

“I hope that the future government will be able to support the agricultural sector and come up with a comprehensive approach to revive the economy,” he added.

A vegetable vendor from Permyjaya, Catherine Ramih, said she has been selling vegetables for 30 years as her main source of income. “With the current uncertain economic situation, life is very hard and it is not easy for us to generate income like before. The market price of vegetables is also unstable. You can’t get vegetables for RM1 anymore,” she said.

She added that the Sarawakku Sayang Special Assistance (BKSS) aid she received was used as business capital so that she could regularly source vegetables from her suppliers.

She hoped that the next federal government would provide similar assistance to BKSS and that it would be of great help to traders like her.

Another trader, Chin Toh Poh, hopes the government will continue to ensure economic growth and sustainability for his people. 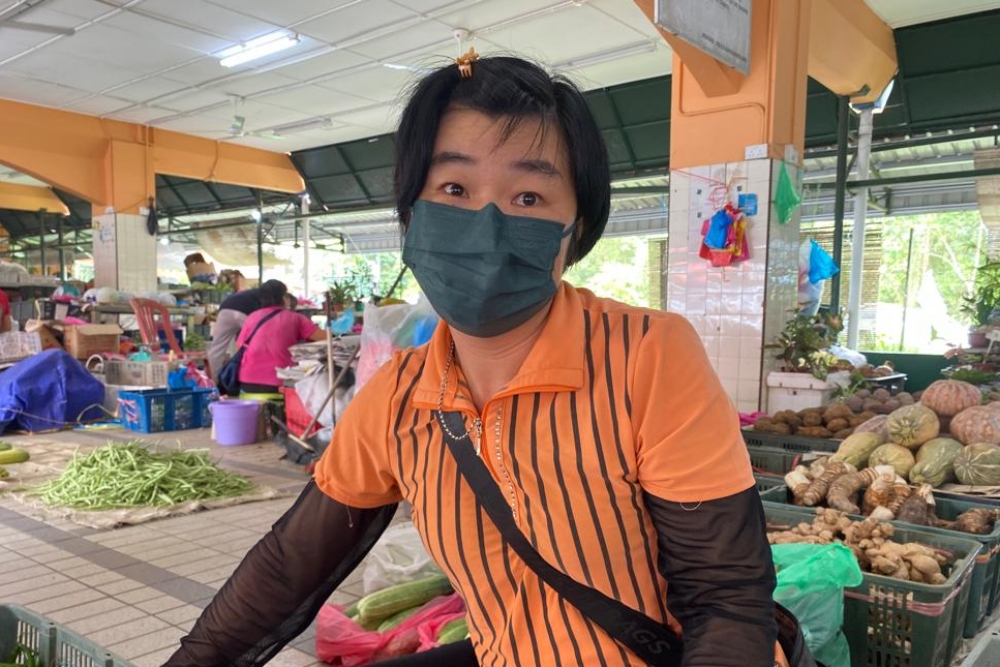 “Life is very hard now; the government should make the welfare of the people a priority concern,” he said.

Chin also said the help from the BKSS helped ease his burden and echoed Catherine’s view that similar help should be given by whoever forms the next federal government.