Political science involves the systematic study of how people and societies make political decisions that affect their lives.

The 44th Vice President of the United States and 1969 graduate of DePauw University took time out for breakfast with our political science students after being introduced as one of our guest speakers Ubben.

Two members of the Class of 1968 from Georgetown University had a few minutes to exchange personal greetings and memories: former President Bill Clinton and political science professor Bruce Stinebrickner. Clinton was visiting DePauw that day to give a talk marking the 25th anniversary of the Ubben Lecture Series. Clinton and Stinebrickner were classmates at Georgetown, and both went on to earn degrees at Yale, in law and political science, respectively. The two Hoyas kept in touch during Clinton’s years as governor of Arkansas, and in 2008 they reconnected in Iowa and later Putnam County, Indiana during Hillary’s campaign. Clinton for the Democratic presidential nomination. Clinton was a student government leader at Georgetown, and Stinebrickner played college basketball and co-captain of the Hoya Hoopsters during his senior year. It was in these contexts, according to Stinebrickner, that the two met in Georgetown. Access President Clinton’s talk article here: https://www.depauw.edu/news-media/latest-news/details/27901/


We shape the world

Our students apply their knowledge to real-world problems. Learn more about the things they’ve done on our Student Projects page.

The world shapes us

International security scholar Deepa Prakash talks about an active summer in global news and how terrorism shaped her career and class.


A look back at Benazir Bhutto’s visit to DePauw

Benazir Bhutto was the first woman to lead a Muslim-majority nation, serving as Pakistan’s 11th prime minister. In 1997, ten years before his assassination, Bhutto visited DePauw University to give an Ubben lecture.


Many political science courses analyze the American political system, but there are also courses on the political systems of other countries and regions (Europe, the Middle East, China, India and the Third World more generally), on the relations between nations and on issues and issues that transcend the politics of a particular place. Majors go on to successful careers in elected and appointed government positions, journalism, business, research, education, and law. 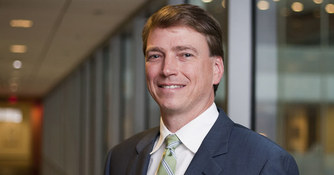