Today we welcome the Reverend Doctor Malcolm Foley with his inaugural contribution as a regular contributor to Anxious Bench.

When I teach and speak in academic and church contexts about race history in America, the first question I always get is, “But what am I doing? The question itself is legitimate; we have witnessed the recent proliferation of books on racism and how to resist it. My friend Christina Edmondson’s recent book, Faithful anti-racism: moving from discourse to systemic change, places the concern of this question in its very subtitle: we talk a lot, but what do we do? The question “But what am I doing?” even echoes the title of Martin Luther King Jr.’s last and perhaps most important book, where do we go from here? But I still initially resist the question when asked. I’m not convinced that the person asking the question has yet fully absorbed or accepted the social rot that racialization has wrought in our society. In other words, to ask another person what needs to be done to advance racial justice is to misunderstand the nature of evil and the nature of its solution. In my short opening piece for the Anxious Bench, I hope to move us forward by pushing us back. After all, there is no conversation about the construct we have called race without a conversation about its history.

In 1948, the Trinidadian-American sociologist, Oliver Cromwell Cox, published his masterful work, Caste, class and race, in which he differentiates between three distinct forms of social organization: organization by caste, organization by class, and organization by race. The entire book deserves careful study, but perhaps what bears the most fruit for American Christians is its account of race: both its function and its origin. He summarizes his story quite briefly in his introduction:

Racial antagonism is an integral part of this class struggle [i.e. the question of who shall rule the social system, the few or the many], because it developed within the capitalist system as one of its fundamental features. It can be shown that racial antagonism, as we know it today, never existed in the world before about 1492; moreover, racial feeling has developed concomitantly with the development of our modern social system.

Cox was clear about the interconnectedness of race, power, and money. For him, “racial antagonism is essentially a political class conflict”: that is, if an exploiter wants to continue to exploit, he will use whatever is at hand to maintain said exploitation. This framework explains the origin and perpetuation of the transatlantic slave trade and the justifications which would flow from it from ecclesial and non-ecclesial voices: the search for profit dominated everything. As Jonathan Tran abstract, “[The] The horror of racial capitalism does not lie in the idea that some identified others as less than human and thus enslaved them… Rather, the horror stems from the fact that the slavers knew full well that slaves were human and yet enslaved them. Racial justification historically follows economic exploitation, not the other way around.

Cedric Robinson will repeat and develop this framing in his 1983 work, Black Marxism: The Making of the Black Radical Tradition. Its central idea is the following: race as a construction is not a simple ideology of difference; it is a construction designed to justify particular systems of exploitation and domination. In other words, racism is not about people being mean to others because of their skin color. The general term, “racism,” is less useful than the more specific term, “racial capitalism,” as coined by Robinson. Robinson argued persuasively that racialization began before the 15e century. On the contrary, the Slavs of Europe were racialized in the Middle Ages. Why? In order to justify their enslavement and economic exploitation. The reader will notice a pattern: where racialization is present, economic exploitation is not left out. 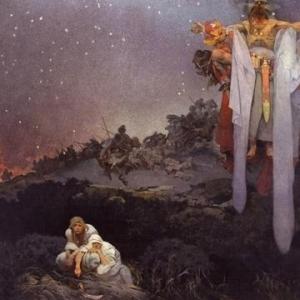 Why go through all this particular history with this particular objective? This suggests to me that conversation and action in the pursuit of racial justice, whether in church contexts or in society at large, will be superficial and ineffective without a solid engagement with racial capitalism: that is- that is, the endless cycle of economic exploitation, violence, the enforcement of that exploitation (which I will expand on in a future article), and the racialized justification of that violence and exploitation. Much of our discourse on race and racism culminates in the language of hate. Thus, his remedies use the language of love. This is more myopic than false; centering a commitment to racial justice on emotional and ideological change obscures the fact that we are talking about material oppression. Hate is the little enemy; death is the big one. Love is indeed the answer, but love must be articulated as a robust response to political and economic oppression if it is to be relevant to racial justice.

The main historical point that should guide coalition work for racial justice is this: the foundation of racism is neither hatred nor ignorance. Its foundation is the desire to dominate and exploit. Even when we see racial antipathy manifest as hatred, it is often a symptom of deeper political and economic anxieties. Because this is the case, communities should view racism not in terms of thought or in terms of quiet, hateful actions, but in terms of political economy. For the Christian, this means that the Apostle’s use of the language of Christ breaking down the walls of separation by his incarnation and resurrection is good but incomplete; it must also be associated with the Old Testament calls for the Jubilee and the cancellation of the debt. It is not enough for me to say that I love my neighbour; I must indeed invest in their material well-being.

This all brings us back to the original question: what should I do? Where do I go from here? We need to understand that being “anti-racist” is as much of a checklist as being “loving,” which is to say, it is not. It is only through meaningful relationships with the poor, the oppressed, the racially marginalized, and all those the world has deemed “less than” that you will find the life-saving practices you seek. In future articles, I will draw attention to figures who have done this well, historically, as well as those who have failed miserably, but in the midst of this environment we must remember this: anti-racism is not only to be nice to one another. It is about building a political economy that is not based on self-interest, exploitation, or domination, but rather one that resolutely considers global human flourishing as its first priority.