Here he explains the fundamental problem of the New Zealand economy… 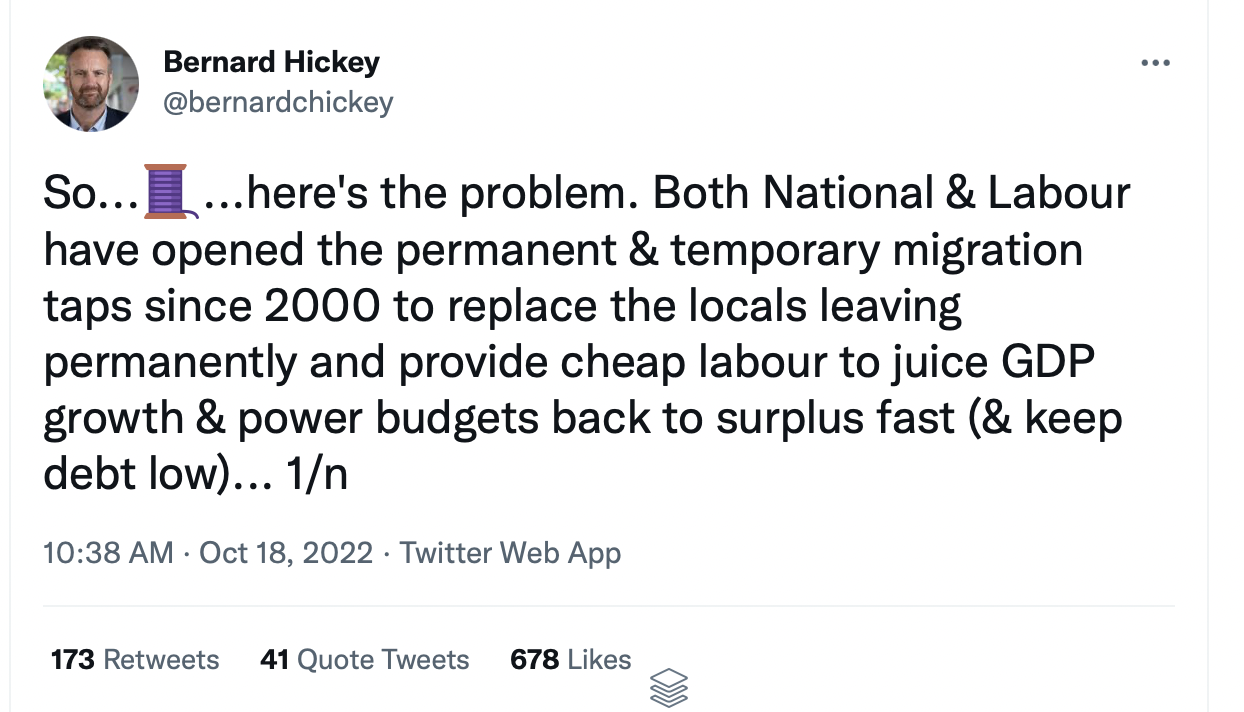 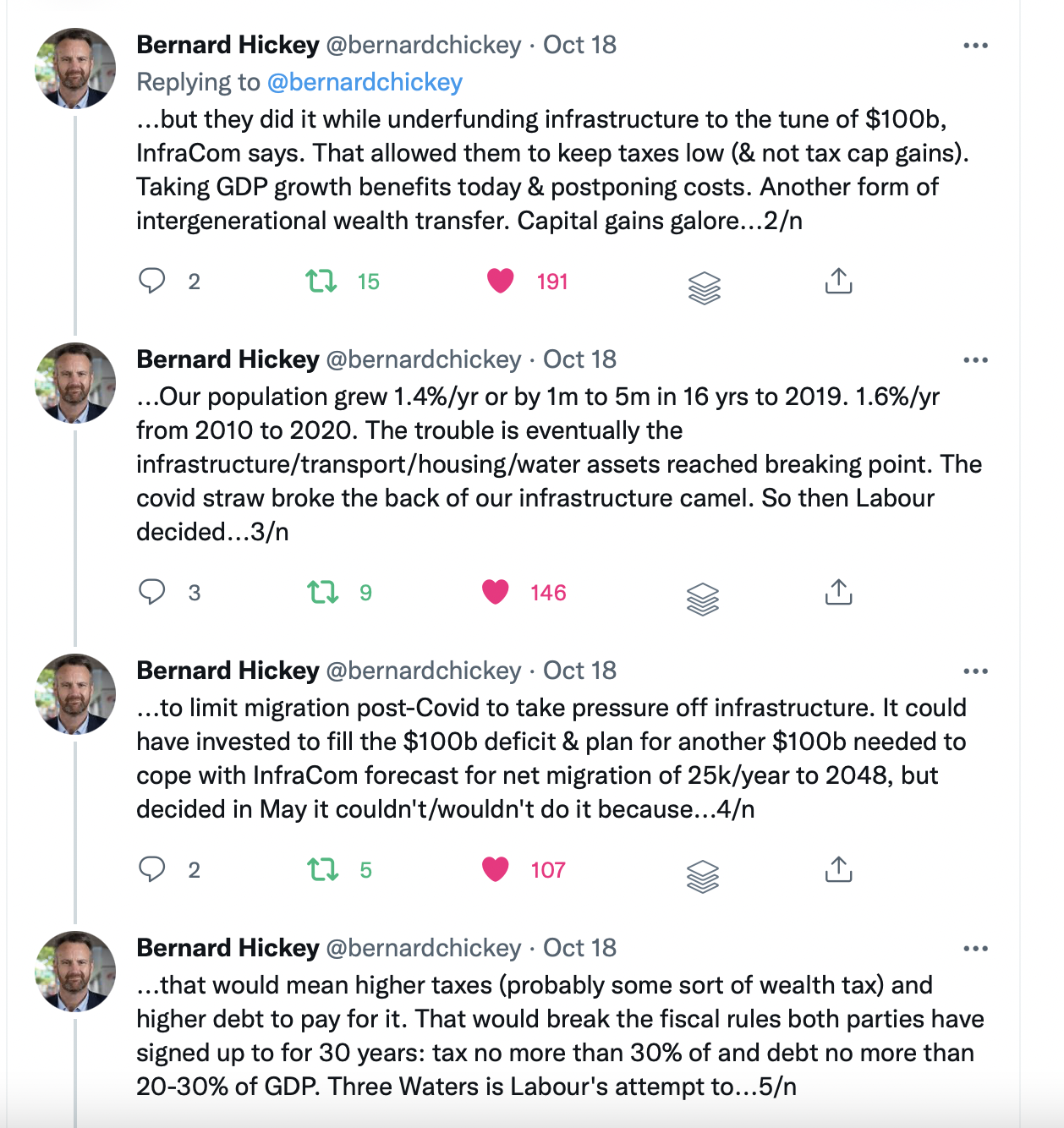 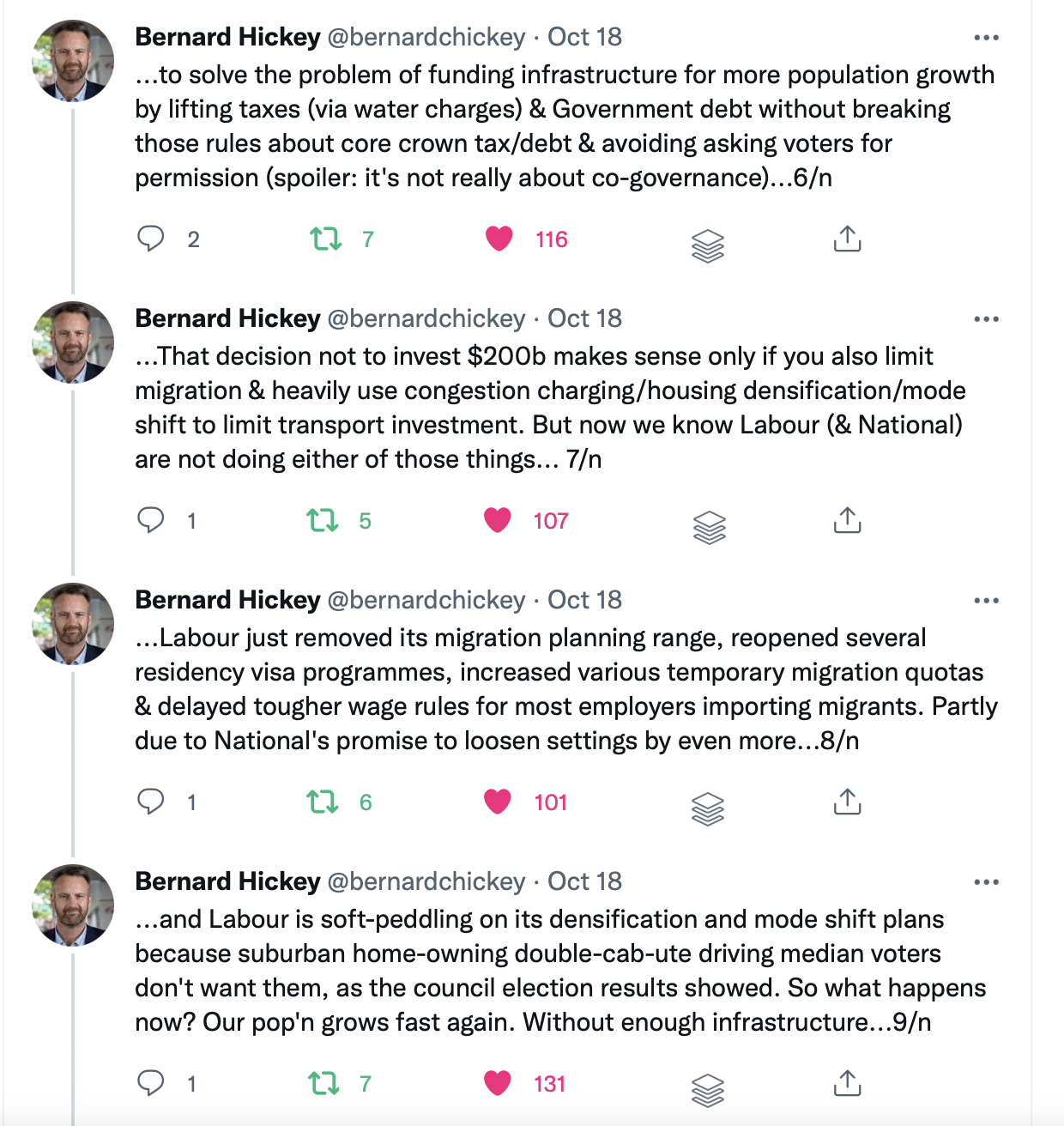 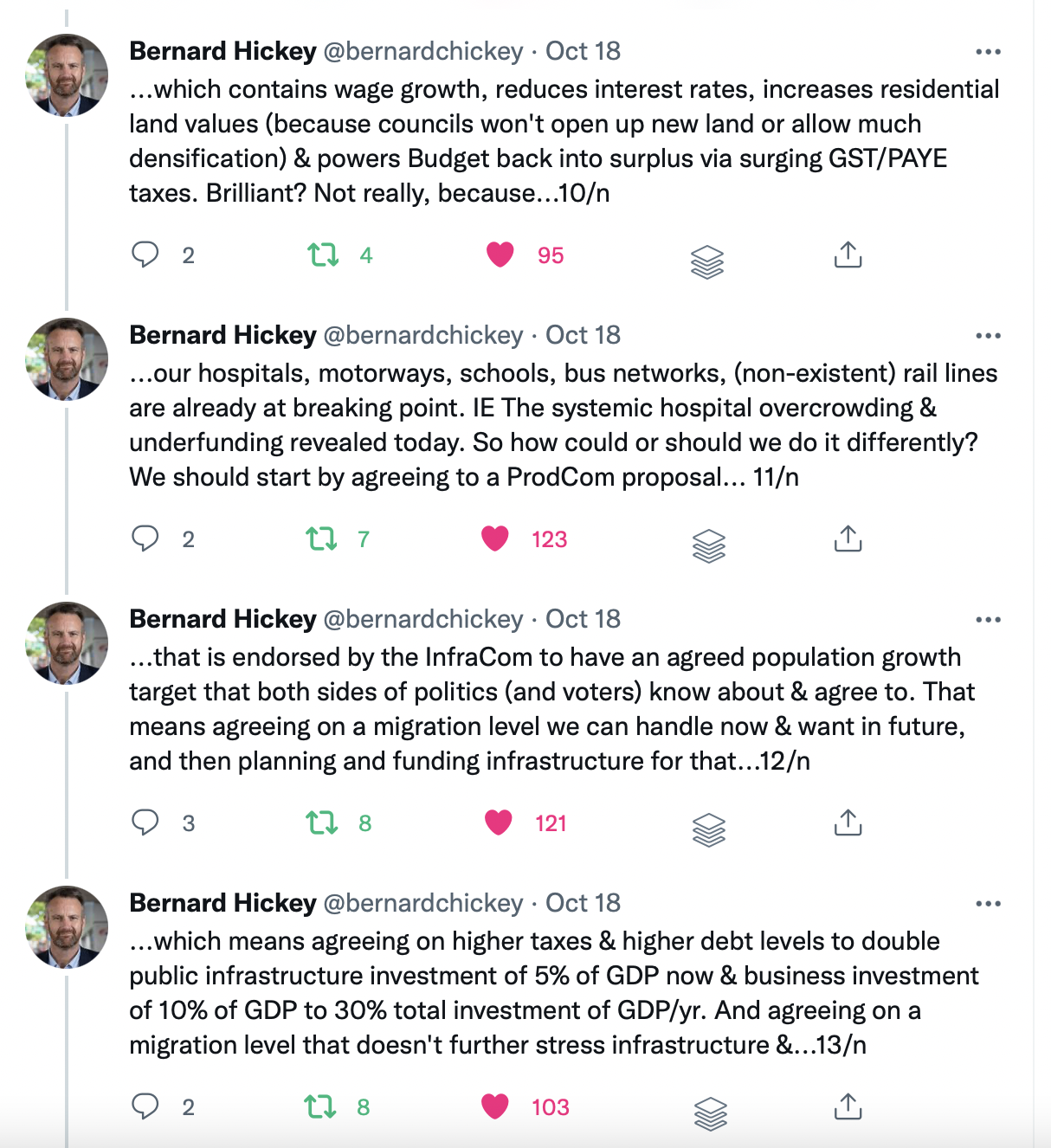 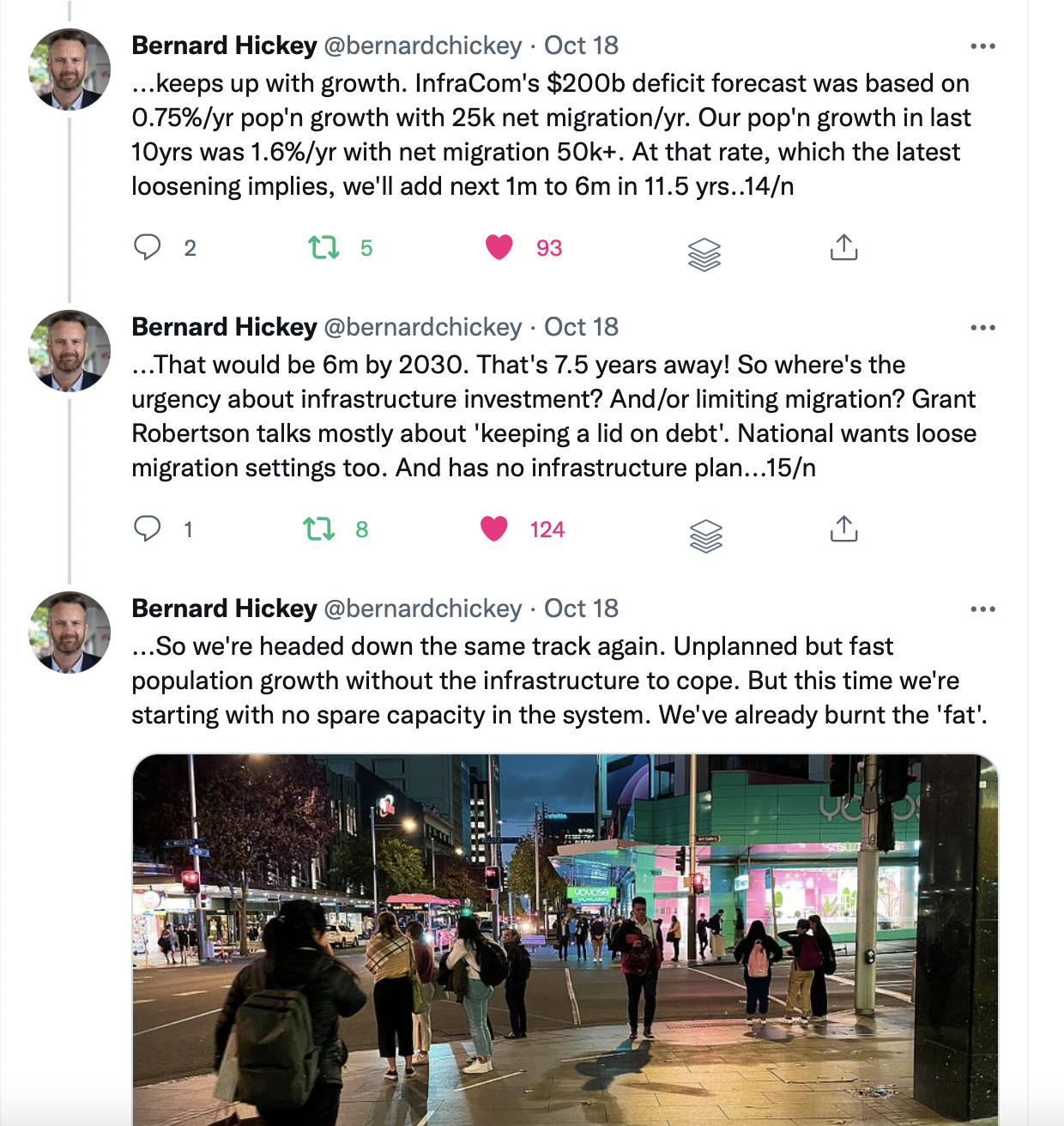 This creates false growth which, in turn, causes social friction as the domestic working class is pitted against cheaper migrant labor.

We are not overtaxed, on the regulated economy!

Our highest tax rate is the 39th highest in the world behind all Scandinavian countries plus Germany, UK, Ireland, France and South Africa!

Our GST rate doesn’t even put us in the top 50 and our corporate tax rate is 40th while government spending to GDP ranks 56th!

And we’re voted the easiest to do business with by the World Bank!

We are dependent on a low-wage economy because 30 years of neoliberalism have gutted the labor movement.

Hotel businesses in Rotorua closed on Monday in protest at the inability to get the workers they need.

One says it will be catastrophic for the tourist town if they cannot find staff before the summer.

The government is opening two additional categories for migrants to become residents as it seeks to reconnect with the world post-pandemic and address significant labor shortages.

Immigration Minister Michael Wood today announced that the skilled migrant visa category, which was halted at the height of Covid-19 and border closures, will reopen with the relatives category from from mid-November.

A consultation will also begin on a new system of uncapped and “simplified” points for migrants who do not fall under existing programs.

This follows the Green List, which provided pathways to residency for the 85 most needed professions.

We are so dependent on a low-wage economy that we risk triggering a spike in unemployment only to capitulate to big industry that depends on cheap labor.

This will lead to rising unemployment as big industries abandon Kiwi workers for their cheaper imports and we will see the impact this next year as the recession begins.

To inoculate the country against these dynamics, we urgently need fair wage agreements to ensure the unionization of the imported workforce.

It’s a hell of a juggling act, but if anyone can pull it off, it’s Michael Wood. 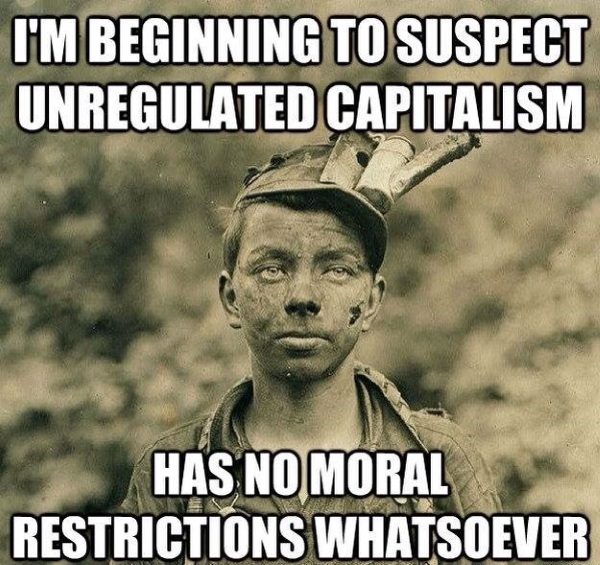 Having more and more independent opinions in a mainstream media environment that mostly echo each other has become more important than ever, so if you value having an independent voice – please donate here.

If you can’t contribute but would like to help, feel free to share our blogs on social media.